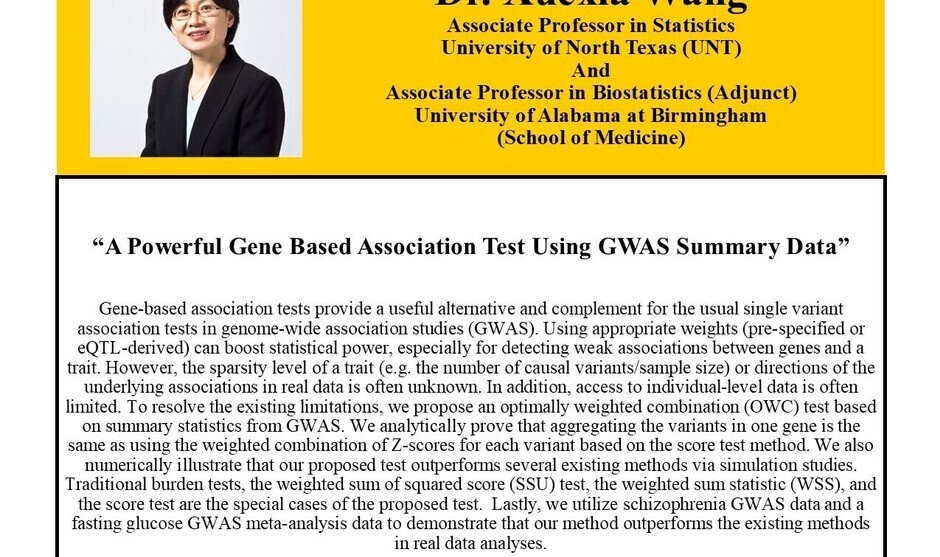 association tests in genome-wide association studies (GWAS). Using appropriate weights (pre-specified or eQTL-derived) can boost statistical power, especially for detecting weak associations between genes and a trait. However, the sparsity level of a trait (e.g. the number of causal variants/sample size) or directions of the underlying associations in real data is often unknown. In addition, access to individual-level data is often

limited. To resolve the existing limitations, we propose an optimally weighted combination (OWC) test based on summary statistics from GWAS. We analytically prove that aggregating the variants in one gene is the same as using the weighted combination of Z-scores for each variant based on the score test method. We also numerically illustrate that our proposed test outperforms several existing methods via simulation studies.

Traditional burden tests, the weighted sum of squared score (SSU) test, the weighted sum statistic (WSS), and the score test are the special cases of the proposed test.  Lastly, we utilize schizophrenia GWAS data and a fasting glucose GWAS meta-analysis data to demonstrate that our method outperforms the existing methods in real data analyses.