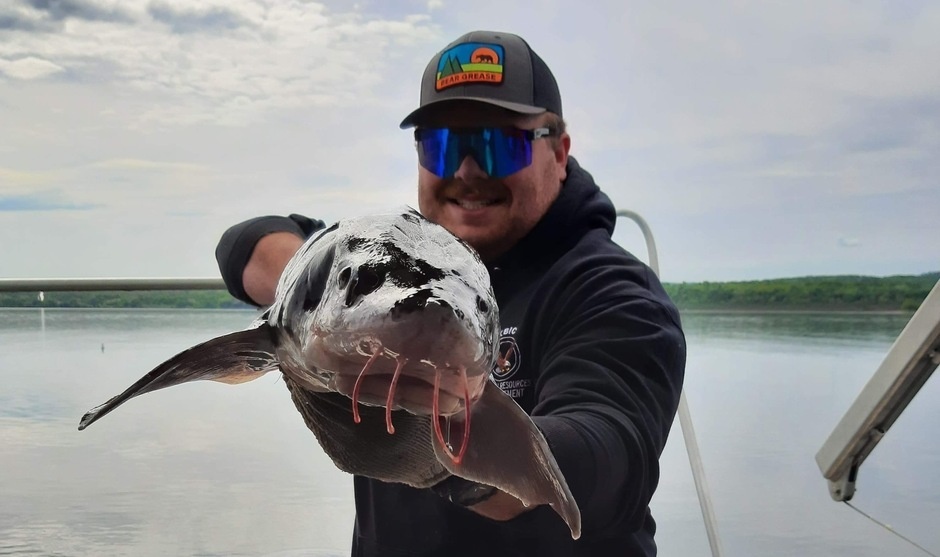 Dalton Norris is an MS candidate conducting research in Dr. Gord Paterson's lab (BioSci/GLRC) regarding factors that can influence the bioaccumulation of anthropogenic pollutants such as mercury in the Lake Superior Lake trout population.  Dalton graduated with his BS in Biological Sciences from MTU in 2021.  During this time, he also worked as a fisheries technician with the Keweenaw Bay Indian Community and was a member of the MTU Husky's football team.

The Lake Superior lake trout population consists of siscowet, lean, humper and redfin ecological morphotypes or ‘ecotypes’.  In addition to morphological differences, these ecotypes occupy different habitats in Lake Superior and partition various invertebrate and fish prey resources.  In this study, I measured the stable isotopes of carbon (δ13C) and nitrogen (δ15N) and mercury concentrations among these ecotypes collected from Lake Superior waters surrounding Isle Royale.  Average mercury concentrations were highest for redfins (1389 ng/g dry wt) followed by siscowets (823 ng/g), humpers (799 ng/g) and leans (519 ng/g).  Relationships between Hg concentrations and fish lengths differed significantly among ecotypes and were concluded to reflect the extent to which insect or fish prey dominate ecotype diets. Stable isotopes demonstrated that siscowets occupy the largest niche in Isle Royale waters with humpers occupying the smallest. This study emphasizes the role of ecology in regulating mercury bioaccumulation among these sympatric lake trout.