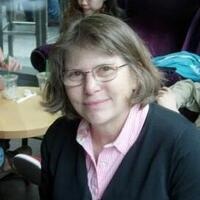 A Biogeochemical Perspective on the Reactivity of Dissolved Organic Matter in Natural Waters: From Antarctica to the Arctic

Civil and Environmental and Architectural Engineering
University of Colorado-Boulder

"In natural waters, dissolved organic matter (DOM) is ubiquitous and is comprised of compounds derived from degradation of both plant and microbial precursor organic materials. A current trend is that DOM concentrations in lakes and streams are increasing in north temperate regions and the Arctic, which is referred to as “browning” of natural waters, and reflects greater DOM runoff in watersheds. In addition to watershed DOM sources, DOM is produced by plants growing in the nearshore zone of lakes and rivers, and by algae growing in the water column or on the streambed. With the earlier loss of ice-cover in the northern hemisphere, algal growth is starting sooner and algal DOM production is becoming a more important source of DOM.  In turn, the concentration and chemical quality of DOM influence the productivity of these aquatic ecosystems. For example, light absorption by the yellow-colored humic fraction of DOM controls the depth of the photic zone, where algae have enough light to grow, and acts as a sunscreen controlling the UV stress due on aquatic biota. DOM is of interest to environmental engineers for several reasons. For example, the transport of trace metals and organic pollutants and the production of disinfection by products in drinking water treatment can be controlled by interactions with DOM. Further, environmental engineers use similar methods for chemical characterization of DOM as biogeochemists and aquatic ecologists, although these research communities address different questions. This talk will discuss how an understanding of ecological and biogeochemical processes in lakes and streams can provide useful complementary insight beyond chemical characterization to understand and manage current environmental engineering issues involving DOM. Examples will be presented of studies conducted in diverse settings, such as the McMurdo Dry Valleys in Antarctica, the Okavango Delta in Botswana, and the arctic tundra in Alaska."

A reception in honor of Dr. McKnight will be hosted by Dr. Eric Seagren and Dr. Jennifer Becker at their home (200 Cooper St., Hancock) starting at 6:30 after the seminar (Wednesday).  To assist with planning, if you know you will attend the reception, please RSVP to Dr. Eric Seagren (eseagren@mtu.edu).

Anyone wanting to meet with Dr. McKnight can either go to the schedule or e-mail Noel Urban (nurban@mtu.edu) with a desired time and location.

Dr. Diane M. McKnight is a Professor in the Department of Civil, Environmental and Architectural Engineering, a member of the Environmental Engineering program faculty and a Fellow of the Institute of Arctic and Alpine Research at the University of Colorado. Her research focuses on the coupling of hydrology and water quality in streams and lakes, and the consequences for aquatic ecosystems and water supplies. She began her career as a research hydrologist with the U.S. Geological Survey, studying the biogeochemistry of lakes in the blast zone of Mt. St. Helens and acid mine drainage streams and pristine alpine lakes in the Rocky Mountains. She participated in designing ecological aspects of the National Water Quality Assessment Program of the USGS. Since 1992, she has conducted research on stream ecosystems as part of the McMurdo Dry Valleys Long-Term Ecological Research (MCM-LTER) project in Antarctica. She has been President of the American Society of Limnology and Oceanography and editor of Journal of Geophysical Research-Biogeosciences. She served as the Chair of the Editorial Committee for the LTER Schoolyard Children’s Book Series and authored the second book in the series. She is a fellow of the American Geophysical Union, a member of the National Academy of Engineering and received the John Dalton Award from the European Geophysical Union in 2015.