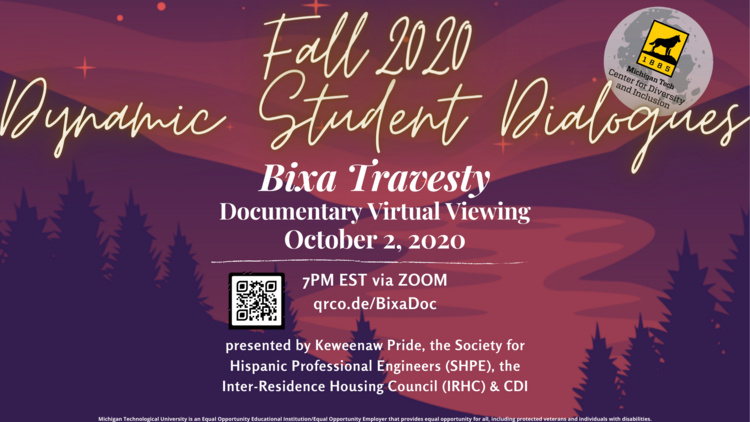 This is not an ordinary documentary – it’s confrontational, subversive and raw. Come immerse yourself in Linn da Quebrada’s colorful and provocative film portrait in Bixa Travesty. This extraordinary film is an inspiring exploration of identity, friendship and queer solidarity.

From the favelas to the stage, public and private life blend, as a self-described “Bixa Travesty” (Tranny Fag), da Quebrada uses their body as a site to explode gender binaries, challenge Brazil’s machismo punk scene, and break down the terms of being a “fag,” Black, trans and working-class individual in modern Brazil.

Da Quebrada speaks directly with their friends, family and the audience, using their power in music and performance to present an alternative queer activist and artist – someone always outspoken and proud to be on the margins.

The Center for Diversity and Inclusion (CDI) invites you to join our virtual community in viewing Bixa Travesty, a meditative film portrait told in the present.