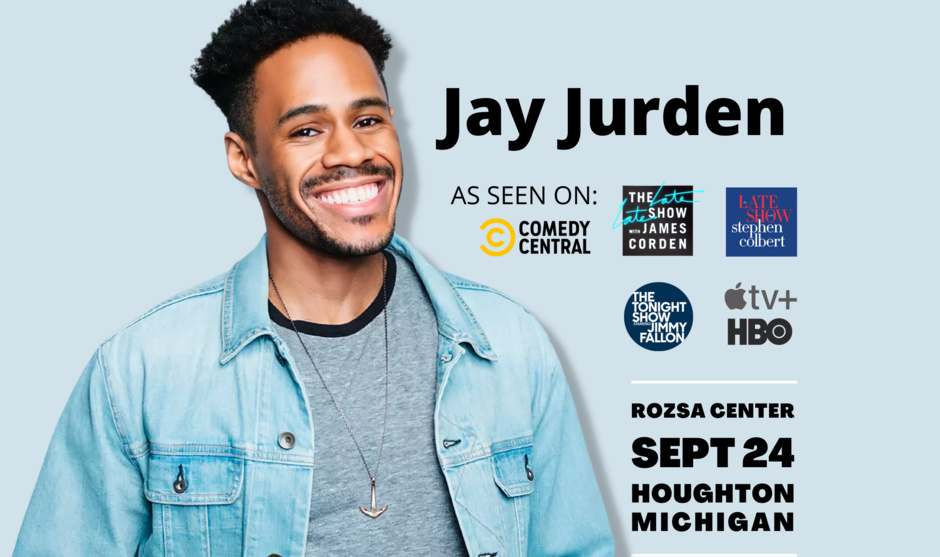 THE ROZSA CENTER FOR THE PERFORMING ARTS PRESENTS

If you want a night dedicated to laughter, Jay Jurden's got you. The always hilarious comedian has been on pretty much everything: The Tonight Show Starring Jimmy Fallon, The Late Late Show with James Corden, Comedy Central Featuring, The Late Show with Stephen Colbert, and HBO’s High Maintenance.

A limited print program will be available at the performance, but the full program is available online now!

Need larger text? Download and print the Large Print Program for this event!

Jay Jurden is a New York based comedian, writer and actor. Originally from Mississippi, Jay regularly performs comedy all over the country and is currently a Staff Writer for Apple TV+'s 'The Problem With Jon Stewart.' Jay has been seen on The Tonight Show Starring Jimmy Fallon, The Late Late Show with James Corden, Comedy Central Featuring, The Late Show with Stephen Colbert, and HBO’s High Maintenance.

His album, Jay Jurden Y'all, debuted #1 on iTunes. Jay has written for Vulture, Teen Vogue, McSweeney's, and The New Yorker. Jay was listed on Vulture's Comedians You Should and Will Know in 2020 and was selected for Just for Laughs Festival's New Faces in 2019.

Student Rush tickets are available 30 minutes before the performance. Email rozsa@mtu.edu or call 906-487-1906 to skip the line by reserving your tickets in advance.
Rozsa Presenting Series: You shouldn’t have to travel hours for outstanding events, so the Rozsa is bringing them to you.