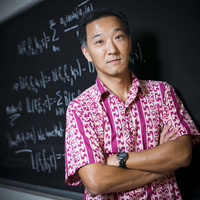 Kliakhandler Lecture: Why Does Ramanujan, “The Man Who Knew Infinity,” Matter?

Srinivasa Ramanujan, one of the most inspirational figures in the history of mathematics, was a poor gifted mathematician from lush south India who left behind three notebooks that engineers, mathematicians, and physicists continue to mine today. Born in 1887, Ramanujan was a two-time college dropout. He could have easily been lost to the world, a thought that scientists cannot begin to absorb. He died in 1920. Prof. Ono will explain why Ramanujan matters today, and will share several clips from the film, “The Man Who Knew Infinity,” starring Dev Patel and Jeremy Irons. Professor Ono served as an associate producer and mathematical consultant for the film.