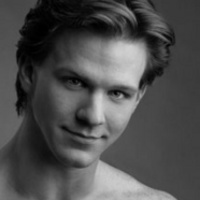 The KIP 3000 Sport Psychology class invites you to join special guest, Mr.Daniel Ulbricht, Principal Dancer with the New York City Ballet & Director of Stars of American Ballet to discuss mental and physical approaches to training and performing at an elite level.

Daniel Ulbricht was born in St. Petersburg, Florida, and began his dance training at the age of 11 at the Judith Lee Johnson Studio of Dance, studying with Lenny Holmes. He also studied at Les Jeunes Danseurs with Javier Dubraq and aƩended the Chautauqua Summer Dance Program, training with Jean Pierre Bonnefoux and Patricia McBride. In 1999, Mr. Ulbricht was invited by the School of American Ballet (SAB), the official school of New York City Ballet, to continue his training during their Winter Program. As a student at SAB, Mr. Ulbricht performed with New York City Ballet as a Jester in Peter Martins'  The Sleeping Beauty.  In December 2000, he became an apprentice with New York City Ballet and in November 2001 he joined the Company as a member of the corps de ballet. In January 2005, Mr. Ulbricht was promoted to the rank of soloist and principal dancer in May 2007.