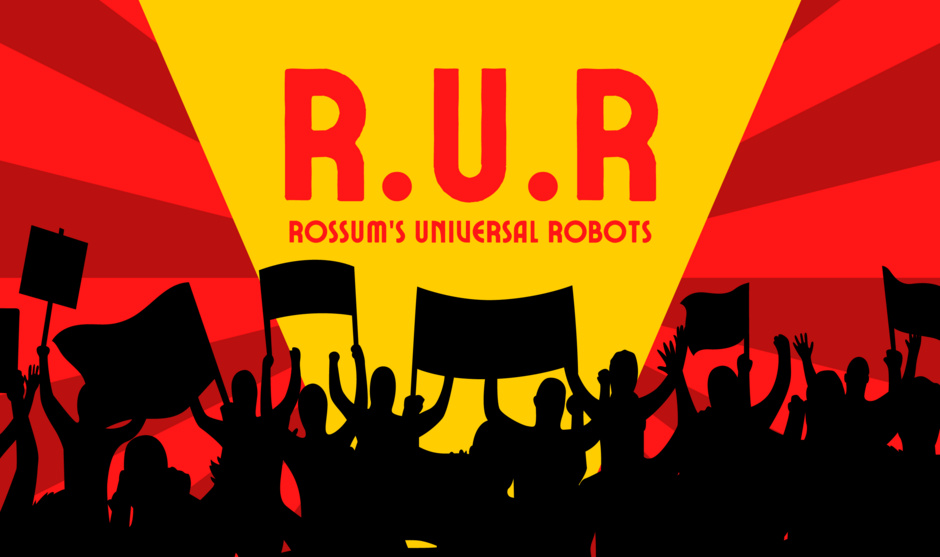 The seating for this show is general admission.

Rossum's Universal Robots (R.U.R.), a semi-staged radio drama, turns out millions of manufactured workmen with no souls, desires, or feelings. Helena Glory, president of the Humanitarian League, comes to ascertain what can be done to improve their condition. Ten years later, due to Helena's desire to have the Robots more like human beings, the head of the experimental department has secretly changed the formula, and there are enough to make ringleaders, and a world revolt of Robots is underway. The rest of the play is magnificent melodrama, with the handful of human beings at bay while their own robots close in on them. In the epilogue, Alquist, the company's builder, is the only human being left on earth. The robots know their bodies will wear out, and there will be no new robots to replace them. But Alquist discovers two humanized robots, a young man and a young woman, who have a bit of Adam and Eve in them, and mankind is about to start afresh.

On Saturday, October 15, there will be a post-show talk in the format of an informal Q&A session involving the director, cast members, audience, and also our visiting scholar Heather Love.

Public Tickets are on sale now. Choose from mobile, print at home, or will call tickets.

A limited number of Student Rush tickets are available 30 minutes before the performance. Email rozsa@mtu.edu or call 906-487-1906 at least one business day in advance to skip the line by reserving your tickets in advance.

In Michigan Tech Sound, the artistic meets the technical in the Department of Visual and Performing Arts at Michigan Tech. Our students explore the intellectual, artistic, and intuitive knowledge and skills in recorded and live music, theatrical sound, video game sound, and movie and TV sound.

Michigan Tech Theatre creates entertainment events for the Keweenaw, sharing the creative and scholarly work of students and faculty from the Department of Visual and Performing Arts.

Distinguished Professor Christopher Plummer, Event Coordinator for R.U.R., graduated from the University of Illinois where his work earned him the 2001 Clearcom Intercom Systems Sound Achievement Award presented by the United States Institute for Theatre Technology. He has recently directed Every Good Boy Deserves Favour in conjunction with the Keweenaw Symphony Orchestra, Cymbeline, Henry V, and the premier of That Dead Man’s Jazz Club on Houghton Stages and designed sound for the world premier of The Legacy Codes at the Hangar Theatre as well as that shows New York City premier at Pan Asian Repertory Theatre.