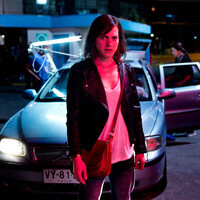 The Modern Languages Film Series continues with Academy Award winning film from Chile, A Fantastic Woman/Una Mujer Fantástica  (Lelio, 2017). When trans woman Marina's boyfriend falls seriously ill and dies, Marina must stand her ground against his conservative family and fight for her right to be herself.