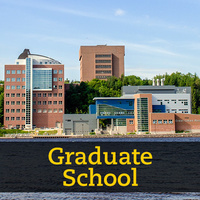 The Orexin System in DOCA-Salt Hypertension: Regulation of Vasopressin

Background: Orexin is a neuropeptide with a large range of functions, with a recently discovered role in blood pressure (BP) regulation. Although the role of brain orexin system in hypertension has been investigated in several hypertensive animals, it remains unclear whether activation of the orexin system contributes to the development of Deoxycorticosterone-acetate (DOCA) hypertension, an animal model of human salt sensitive hypertension.

Hypothesis: In this study, we investigated the hypothesis that Orexin-1 receptor (OX1R) expression is increased in the paraventricular nucleus (PVN), a critical brain area controlling cardiovascular function, which subsequently increases vasopressin (AVP) expression and peripheral secretion, resulting in hypertension development in this model.

Methods: Seven to eight-week-old male Sprague Dawley (SD) rats were split into three groups including DOCA-salt, control, and OX1RshRNA-DOCA rats. Following knockdown of OX1R in the PVN via viral infection in the OX1RshRNA-DOCA rats, they, as well as the DOCA-salt group, were implanted with a 75mg DOCA pellet and treated with 1%NaCl/0.2%KCl drinking water, while the control group remained untreated. Blood pressure of each rat was measured using tail-cuff plethysmography. Three weeks following DOCA-salt or sham treatment, all rats were sacrificed, and brains were subjected to either real-time PCR or immunostaining to assay mRNA level and protein expression of Orexin A, OX1R, and AVP in the PVN. Their blood was collected for plasma AVP measurement, and their hearts were weighed for measurement of their heart weight/body weight (BW/HW) ratio.

Conclusion: The combination of this data shows a potential role for orexin in the pathology of secondary hypertension development, as well as a new anti-hypertensive pharmaceutical target.