Music Underground in the Delaware Mine! 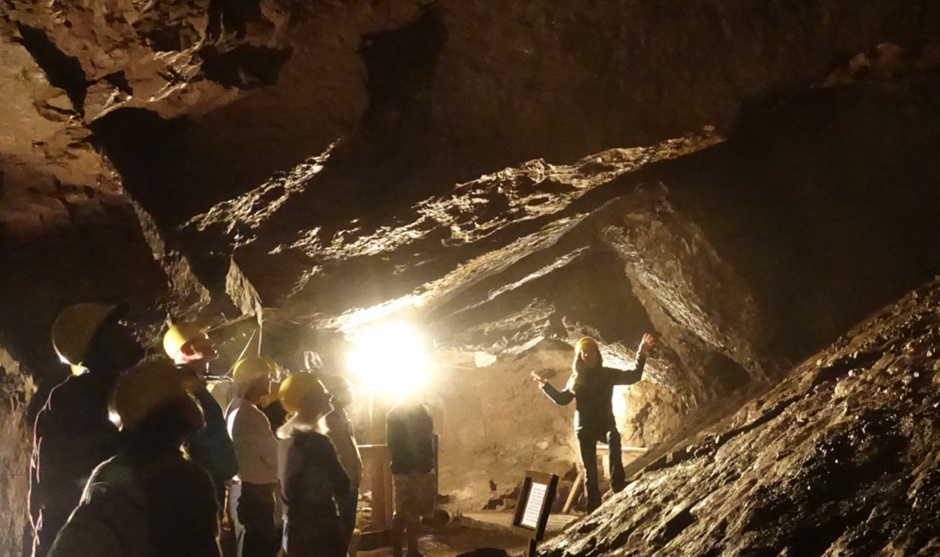 Professor Stephen Rush and the University of Michigan Digital Music Ensemble will present two concerts (6:00 and 7:30 pm) in the Delaware Mine, 12 miles south of Copper Harbor on US 41 in Keweenaw County. Each concert is restricted to an audience of 40, and it requires walking down gentle steps to the first adit of the mine and then along the adit to the stope, where the concert will happen. Wine and Cheese will precede the concerts at the Mine Office.

Stephen Rush has had premieres in five continents and released many publications of his musical compositions. He has written five operas, over 50 works for Dance, chamber and electronic works, concertos, and two symphonies, performed by the Detroit Symphony and the Warsaw National Symphony.  He has authored two books, including Free Jazz, Harmolodics and Ornette Coleman. Rush has recordings on Nessa, Innova, ESP-Disk’, Equilibrium, Leo, Deep Listening, Centaur, MMC, RogueArts (Paris), Eroica, Summit, and CALA Records (with the New York Philharmonic Chamber Musicians).