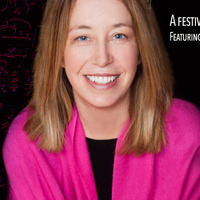 New Music For a New Year: Music of the UP MASTERCLASS

This special Saturday Masterclass will feature a recital of new student compositions.

This event sponsored in part by the Visiting Professor Lecturer/Scholar Series (VPLSS) which is funded by a grant to the Office of Institutional Equity and Inclusion from the State of Michigan's King-Chavez-Parks Initiative.

MASTERCLASS is offered at no charge, seating is limited.