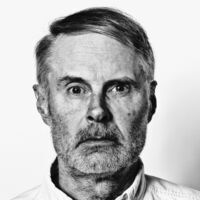 will give a talk on "What is noise and what is signal? -- A universal approach based on rank" on Thursday, November 14 at 4:00pm in Fisher Hall 139.

A social with refreshments will be held 30 minutes prior to the talk in the Fisher Hall lobby.

Abstract: Even a cursory glance across many fields reveals considerable variation in general definitions of both signal and noise. It turns out that a unifying & universal perspective for both begins to emerge from the simple idea of rank which, to date, is notable mainly for its near complete absence in the literature on signal processing. But rank must be supplemented by a second, less apparent, notion -- the "Q-transform" -- which emerged very naturally in our beginning study of climate data. These elements in concert can be used to tackle a wide array of problems, particularly those with heavy tail noise (characterized by "black swan" events), for which the number of current methods is quite limited.

Bio: Dr. Glenn Ierley is an emeritus professor of Scripps Institution of Oceanography at UC San Diego, with a current appointment as adjunct professor in the Mathematical Sciences Department at MTU. He received a B.S. (1974) in applied physics at Caltech and a Ph.D. (1982) in applied mathematics at MIT. He joined the faculty at MTU in 1982 then moved to UCSD in 1992, from which he retired in 2011, returning to the Copper Country. His research has included planetary dynamo theory, turbulence, & large scale ocean circulation. Since retirement he has published on economics, color science, acoustic detection and localization of baleen whales, and most recently in ongoing collaboration with Dr. Alex Kostinski, on signal detection & extraction in noisy time series.