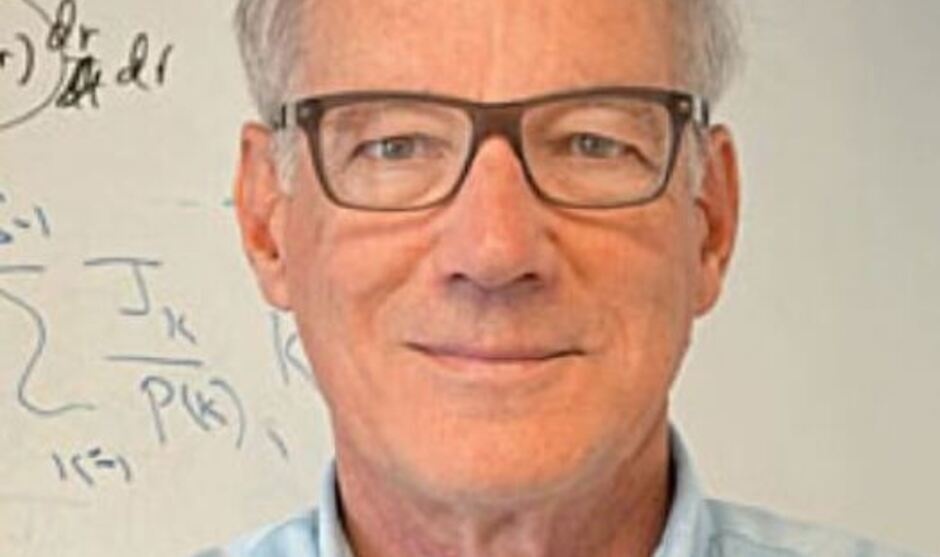 will present "Temperature Dependence in Heterogeneous Nucleation with Application to the Direct Determination of Cluster Energy on Nearly Molecular Scale" on Thursday, October 31st at 4:00pm in Fisher Hall 139.

Abstract: Heterogeneous nucleation on stable (sub-2nm) seed clusters aids the formation of atmospheric cloud condensation nuclei (CCN) by circumventing or reducing vapor pressure barriers that would otherwise limit condensation and new particle growth. Aerosol and cloud formation depend largely on the interaction between a condensing liquid and the nucleating site. This talk summarizes results from research initiated while the speaker was on sabbatical at the University of Vienna. Its focus will be on the theoretical interpretation of measurements from the Vienna Size Analyzing Nucleus Counter (SANC), a pulsed expansion chamber designed for heterogeneous nucleation studies. Temperature dependence is examined using (1) fundamental “nucleation theorems” that enable the determination of molecular occupation numbers and cluster interaction energies directly from the SANC measurements, and (2) classical Fletcher theory, modified here to make the energy of cluster formation explicit in that model. Temperature dependence is correlated with cluster stabilization by the nanoparticle seed and puzzling cases of unusual temperature dependence (increasing nucleation onset saturation ratio with increasing temperature) are explained. Finally, novel extension of an early result of Gibbs (ca. 1878) is shown to yield a powerful unifying identity for the work of cluster formation in homogeneous and heterogeneous nucleation theory.

Bio: Dr. McGraw is a Senior Scientist at Brookhaven National Laboratory. He received his PhD in physical chemistry from the University of Chicago and did post-doctoral research with Howard Reiss at UCLA. He currently heads the Aerosol Chemistry and Microphysics Group at Brookhaven where his research focuses on atmospheric aerosol processes and simulation methods, homogeneous and heterogeneous nucleation as mechanisms for new particle formation, and drizzle initiation.

A social with refreshments will be held 30 minutes prior to the talk in the Fisher Hall lobby.