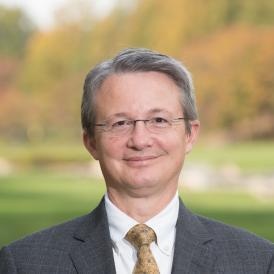 of University of Maryland will give a talk on "Reducing Nuclear Weapons and the Risk of Nuclear War" on Thursday, October 1st at 4:00pm via Zoom.

Abstract:  The Cold War ended 30 years, but nuclear weapons and the threat of nuclear war are still with us. Nine countries together deploy about 10,000 nuclear weapons, most with a destructive potential an order of magnitude greater than the bomb that destroyed Hiroshima. The United States and Russia, which together account for 90 percent of global stockpiles, each maintain about 1000 nuclear weapons on constant alert, ready to be launched in a few minutes. Arms control agreements that have constrained US and Russian arsenals and provided stability are on the brink of collapse, and both countries are poised to field a new generation of nuclear weapons. Physicists played a vital role at the beginning of the nuclear age and throughout the Cold War in engaging policymakers about nuclear dangers and advocating for policies to reduce them. Physicists should again take a leading role in educating the public and policymakers.

Bio:  Dr. Steve Fetter is a professor of public policy and dean of the Graduate School at the University of Maryland. He served for two years in the Department of Defense during the Clinton Administration, and five years in the White House Office of Science and Technology Policy during the Obama Administration. He is a member of the National Academy of Sciences Committee on International Security and Arms Control and has served on committees to assess the effects of nuclear earth-penetrating warheads, internationalization of the nuclear fuel cycle, conventional prompt global strike, geoengineering, ballistic missile defense, and nuclear forensics. He received his PhD from UC Berkeley and his bachelor’s degree from MIT in physics.

Please register in advance for this event.