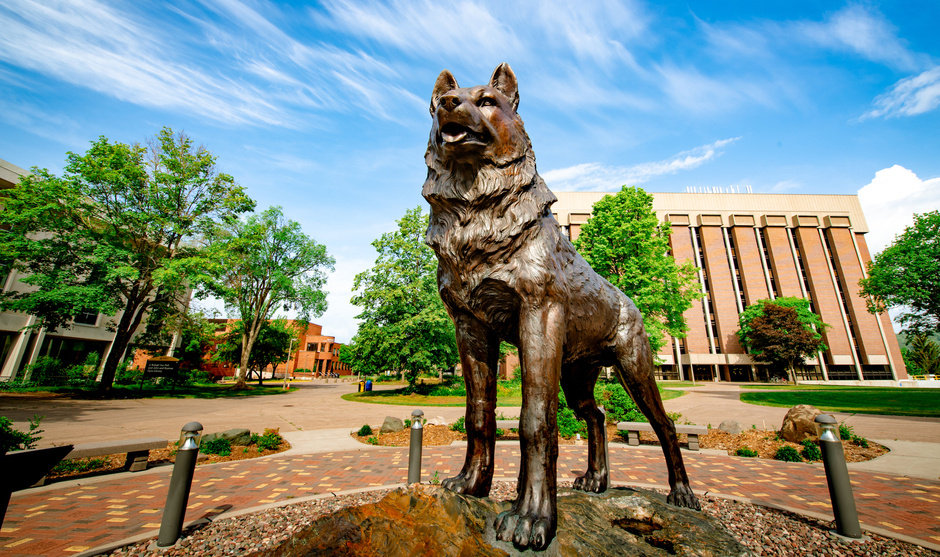 Hybrid-Mode: The students will give their talks in Fisher Hall 139. Please join in-person or by zoom.

One promising direction for building fast single photon sources is the integration of a quantum emitter inside a photonic resonator. The latter modifies the photonic local density of state in the vicinity of the emitter which can be engineered to speed up the emission rate - an effect that can be quantified by the so-called Purcell factor (PF). Despite the progress achieved in this field in the past two decades, the design concepts remained the same: to enhance the PF, one must either reduce the mode volume or increase the quality factor of the resonator. In this work, we explore a different route by utilizing the exotic features of a special type of spectral singularity that occur in non-Hermitian systems, namely exceptional points (EPs). More specifically, we present a photonic structure that implements a hyper-surface of exceptional points in the design parameter space; and demonstrate that this configuration exhibits enough degrees of freedom to tailor the spontaneous emission rate, from full suppression tovtwo-fold enhancement as compared to the same structure but without the EP.

The High-mass microquasar LS 5039 is a bright gamma-ray source located less than 1.5 degrees from the galactic plane. Previously the High Energy Stereoscopic System (H.E.S.S.) discovered the source with 3.9 days orbital periodicity in a very high energy gamma-ray region. However, the behavior of gamma rays beyond tens of TeV remains unclear. The High Altitude Water Cherenkov (HAWC) gamma-ray observatory has great sensitivity beyond 10 TeV, making HAWC a perfect instrument to study this source at the highest energy range. This work uses the HAWC gamma-ray sky map for which the gamma-ray energies were reconstructed with an artificial neural network. With the new HAWC data, we can disentangle microquasar LS 5039 from a complex region and study the gamma-ray production mechanism in this binary system.

Black carbon (BC) particles are light-absorbing aerosols produced during the incomplete combustion of carbonaceous fuels. They are aggregates of graphitic carbon nanospheres with oxygen and hydrogen and can exert significant impacts on the Earth’s radiation budget. These particles not only scatter and absorb incoming solar radiation but also interact with clouds. Morphological changes of BC aggregates and of their internal mixing with other materials, such as organic coatings, influence their scattering and absorption cross-sections. While these processes have been the subject of previous studies, interactions of BC-containing particles with clouds still present many important open questions. The project LAACI – Light Absorbing Aerosol-Cloud Interactions Experiment is designed to investigate these processes using the Michigan Tech cloud chamber. The experiments will investigate the changes in BC aggregate morphology upon cloud activation and evaporation. During these experiments, we will monitor and study the changes in optical and CCN properties of interstitial and residual particles. Subsequent experiments will focus on the impacts of coating material on BC particles, and how these coatings affect aerosol-cloud interactions, as well as the resulting aerosol and clouds properties. In the presentation, I will provide a project overview and some preliminary findings.

Register in advance for this event:
https://michigantech.zoom.us/meeting/register/tZYkdeugqTssGddxVOz4CSlWnmJCDunHxuiN
After registering, you will receive a confirmation email containing information about joining the event.