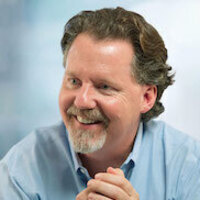 Simplicity on the Other Side of Complexity

Bio: Since co-founding Arena Energy in 1999, Todd Stone has focused on opportunity generation and management of the company’s opportunity-generating staff and systems. Mr. Stone is also responsible for maintaining, managing and high-grading the company’s robust prospect inventory, and is part of a eight-person geological group that has drilled over 300 wells. Before co-founding Arena, he was a key member of Newfield Exploration’s offshore acquisition and development team. Mr. Stone began his career with Tenneco Oil Company and later served as a geological engineer at Amerada Hess Corporation. He earned his BS in geological engineering from Michigan Technological University in 1985.

Register
This event content is powered by the Localist Community Event Platform.