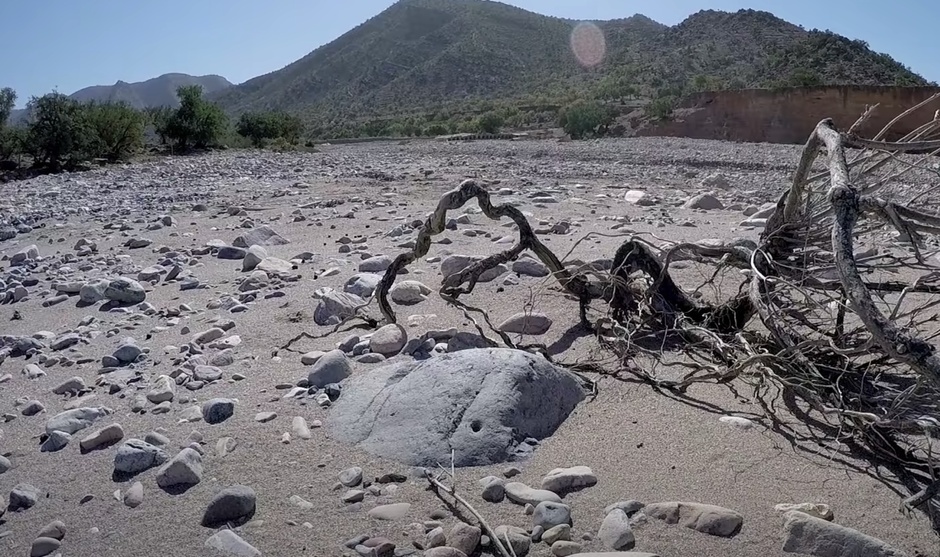 Virtual ZOOM facilitated discussion for MTU faculty, staff, students, and alumni, and community members.
3rd Thursday of each month, January to May 2022.

Much of the planet relies on groundwater. From the U.S. to Asia, the Middle East, Africa and Latin America – so much water is pumped from the ground that aquifers are being rapidly depleted and wells are going dry. The film, released in 2018, investigates the consequences of this emerging crisis in several of the world’s hotspots of groundwater depletion. These are stories about people on four continents confronting questions of how to safeguard their aquifers for the future – and in some cases, how to cope as the water runs out. (64 min, YouTube)

Film Warning – Note that there is a disturbing image at the 10-11 minute mark during talk of farmer suicides triggered by crop failures due to drought. Some might choose to fast forward through that part of the film.

Dr. Gierke grew up in Sault Ste. Marie, Michigan, within a mile of the St. Mary’s River, which is the outlet of Lake Superior. The St. Mary’s probably played the largest role in his environmental interests, as he spent countless hours on the River trolling and casting for fish, and during winters in his ice shanty staring into a horizontal “window” of water trying to coax fish into spearing range. Before and during college, he held summer jobs on the River, including at the Soo Locks, Edison Sault Hydroelectric Plant, and Soo Locks boat tours. In 1984, he completed a BS in civil engineering with a concentration in environmental engineering, and then continued for an MSCE and a PhD in Environmental Engineering, all from Michigan Technological University. In 1990, he started a faculty position in geological engineering at Michigan Tech. Since then he has been teaching and researching groundwater hydrology in the Keweenaw and aquifer systems in Nicaragua and Ecuador and studies of groundwater contamination in Lower Michigan, Ohio, Utah, and Delaware. He also has advised graduate students who served in the U.S. Peace Corps and conducted groundwater projects in Central America, Africa, and the Philippines. He is currently the principal investigator on a project focused on adaptations to climate change in the Dry Corridor region of El Salvador. In addition, he and his wife operate a commercial blueberry farm that utilizes groundwater for drip irrigation using solar power.

The event is FREE. A $5 suggested donation per film to support the Sustainability Film Series is appreciated. Make a donation online.

Register to receive the FREE zoom link to participate in the facilitated discussion. The film is available on Netflix and YouTube (free).