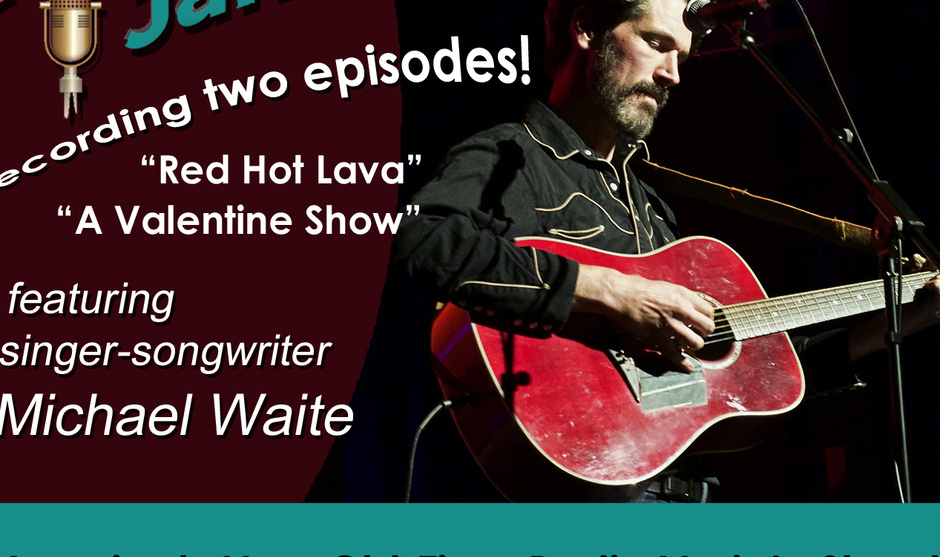 Michael Waite's songwriting is thoughtful Americana without any glitz, both brutally and joyously honest. He lives with his family in the Huron Mountains north of Marquette and draws from a repertoire of hundreds of songs ranging in style from Irish folk to bebop to popular hits. His delivery of his own songs and interpretations of others is influenced by his first musical exploration, the jazz trombone.

The Red Jacket Jamboree is a NEW old-time radio variety show sharing stories, songs and history from Michigan's Keweenaw Peninsula. Hosted by Lena Dorey, the show is performed/recorded in front of a live audience at the Rozsa Center for the Performing Arts on the campus of Michigan Tech University and also features Martin Achatz, Poet Laureate of the U.P.,the Red Jacket Actors and music by the Copper Cats, with Jerry Younce on guitar, Bill Carrothers on piano, Harry South on bass and Zach Ott on percussion.

The show is produced by the nonprofit, Real People Media, which receives financial support from the Michigan Council for Arts and Cultural Affairs. www.redjacketjamboree.org.