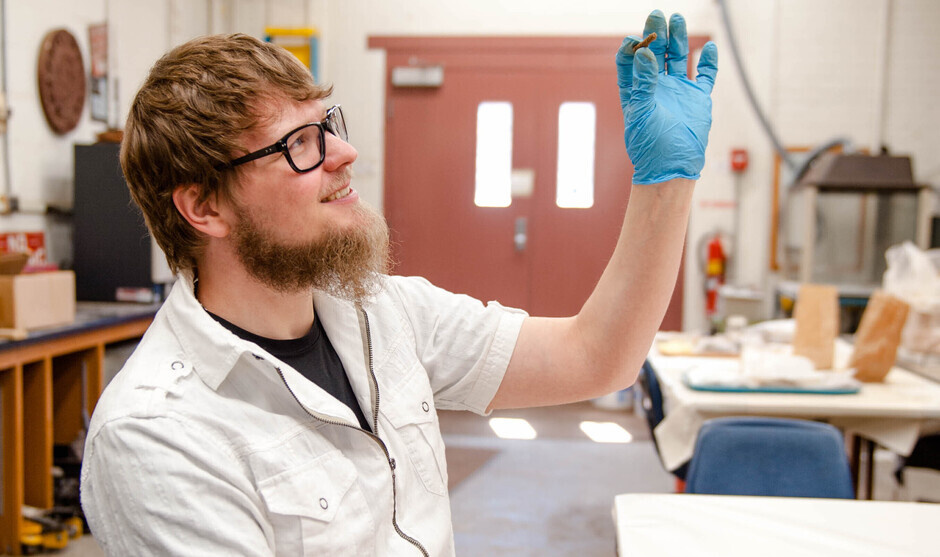 Save the date for the anthropology undergraduate thesis presentations.

The following students will present:

Located in the remote northwestern corner of Lake Superior, Isle Royale National Park is one of Michigan’s most notable, yet often unknown features. It is one of the nations least visited national parks, but is also the most revisited, and understandably so. With its many high ridges that provide panoramic vistas of Lake Superior, and its peaceful, secluded valleys, the island has long been renowned for its scenic beauty.

This beauty has created a narrative for the park that is dominated by nature, as well as a mythos that it is almost utterly untouched by man. While it may appear that way to a new visitor, Isle Royale has actually been subjected to one of mankind’s most destructive and landscape changing industries: mining, specifically that for copper. Completed by Native Americans for thousands of years and industrial European settlers between roughly 1850 and 1900, mining related cultural remains are still present across all of Isle Royale today. Hundreds of pits excavated by Native Americans, open shafts, and even partial remains of industrial artifacts like smelters and stamp mills still remain.

The purpose of this work was to draw attention to and explore one industrial mining’s most important and prominent features, the stamp mill. Using available company records, scholarly papers, books, and archaeological reports, I compiled data about the stamp mills that operated on Isle Royale.

Ultimately, I learned that four stamp mills were in operation between 1846 and 1883, two of which were Cornish Stamps, and two that were Ball Stamp Mills. Three of these stamp mills were powered by steam engine, and one driven by water. Additional information, like production numbers, archaeological remains, and additional features that facilitated the use of the stamp mills are further discussed for each stamp mill within this thesis.

Jakob Williams - "The Party of Trump: Understanding the Rise of the Billionaire Populist", advised by Melissa Baird